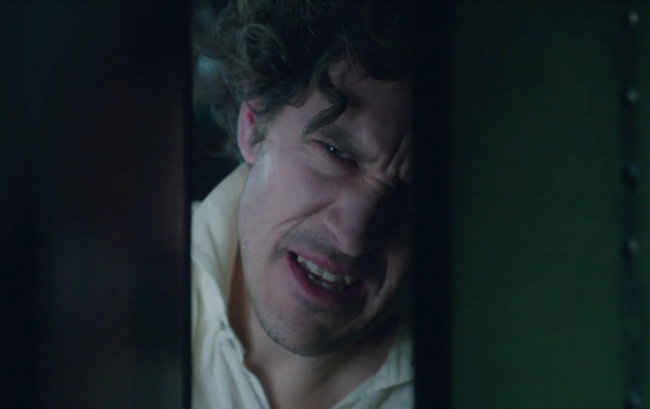 “Devil take the fellow!” Colquhoun Grant said aloud, glaring at the letter on the table in front of him.

He did not like to refuse his mother any thing she asked, but the last thing he wanted to do with his precious leave was play nursemaid to Mrs Erquistoune’s milksop of a nephew. A spoilt brat, that much was clear, and an Englishman into the bargain. He wondered briefly whether it would be worth pretending he had not received the letter, but his mother would be bound to find him out. It was a saying in Forres that you couldn’t keep any thing from “Mrs Pro”, and he had reason enough to know the truth of that. He wished his mother less sharp-eyed, or less interferingly charitable, or both. With all the delights that Weymouth had to offer, it was deucedly hard to be burdened with this wretched Strange, only because the man’s aunt had been at school with Grant’s mother.

Prompt: When Strange and Grant met for the first time in the book they had that conversation about Weymouth over cold chicken and claret. Grant preferred it to Brighton while Strange hated it because when he was there he liked some girl who abandoned him for a guy with an estate in Jamaica and a glass eye.

SO. what if at the time when still young Jonathan Strange was pining in Weymouth he met Grant there and all kinds of debauchery ensued?? with Grant trying to help Strange get his mind off that girl, a lot of drinking, stupid dares, gambling, waking up in ditches and haystacks and under tables in their rooms and just naked in bed with each other. basically party animals Grant and Strange drinking and having sex and wasting their youth… could be a very explicit version of a Brideshead Revisited kind of summer, when you live, love and want to stay in that moment forever but life moves on… would be also cool to see any insight on how it changes things when they meet later on Peninsula.

Summer in Weymouth aesthetic by solitaryjo at The First Respectable Spy

One thought on “Summer in Weymouth”