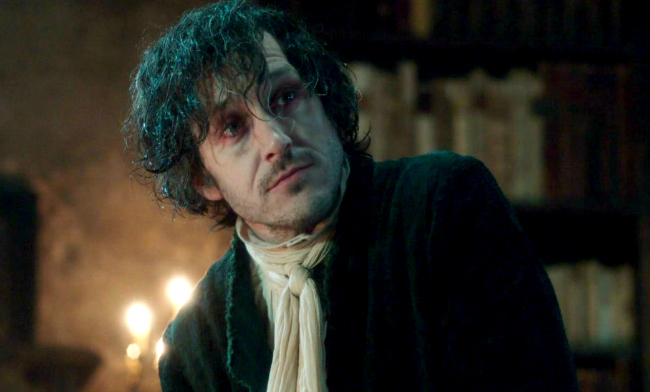 I have had the most unexpected visit in the last few days, it almost took my mind off Arabella in that dreadful prison. But no matter, he has gone now and so I shall continue [a couple of lines are unintelligible] still my conscience does not allow me to be at peace and I feel l have somehow worsened my betrayal towards her. But there are moments of clearness of the mind before the ones of crazed [the words are incomprehensible]
Do come quickly! I fear I cannot possibly go on like this. I fear I might actually be going mad …

Summary: Grant reaches Strange in Venice while he is already inside the Pillar of Darkness.

Author’s Notes: This is a belated Christmas gift for the lovely etave (Thank you so much, this was such a lovely gift. I’m extremely flattered! -etave.)

De Lancey looked around in confusion. He was clearly in some kind of hospital room but something was not right. The room was not decorated in the style to which he was accustomed and there was a distinct chill in the air.

A group of men stood a few paces away deep in discussion and they turned to look as he cleared his throat, “Excuse me?”

As they surrounded the bed, De Lancey was relieved to see that one of them was his friend Arthur Wellesley, although he was dressed quite oddly in a long blue coat and there was something about his face that did not sit right. He did not recognise the others at all.

Wellesley smiled, “Ah, De Lancey. You are back with us.”

Title: Should Auld Acquaintance Be Forgot

Alternatively, Grant or De Lancey could actually be kidnapped initially by the French, only to be rescued in the nick of time by their partner. However they soon find that their partner has no intention of releasing them from their bonds and instead wants to take opportunity to have some fun.

The last few lingering guests have left the magician’s house in Soho Square, all except one that is.

But the servants, now busy clearing out the table, are well used to major Grant slowly making his way up the stairs at the end of such soirées and then descending them in the same manner early the next morning.

Summary: Grant spends the night at the Strange’s.

Author’s Notes: This is a Christmas gift for the ridiculously talented Owl-by-night, who is such an inspiration and amazing writer. I just wanted to (try and) give back as a way to thank you for your wonderful work. (Erm this is also my first fic ever so constructive criticism is welcome).

Afterwards, Grant goes to her in Venice.

It is, he believes, what Merlin would have wanted him to do. She may even have news of what happened and news, bad or good, would be a blessing. The newspapers are full of contradictory accounts of black towers and spells and the return of magic. None of them confirm whether England’s magicians are alive or dead.

Title: After the Black Tower

Summary: After the events of the book, Grant goes to Arabella in Venice.

Author’s Notes: A little angsty but hopefully one day it will turn into something happier.

Notes: Chapter 11 of the Twelve Days 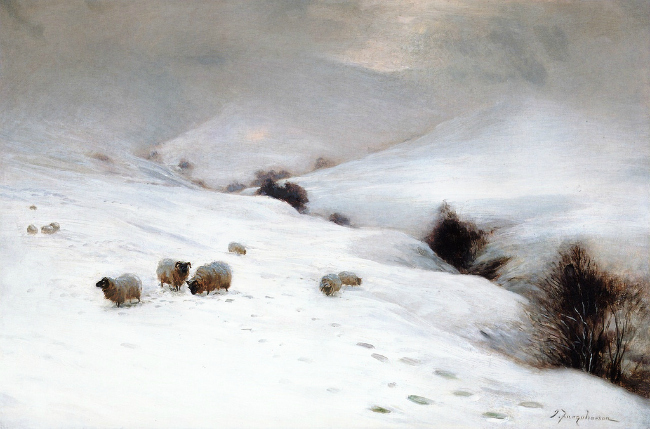 While supply problems have plagued the army recently, Wellington and his officers usually eat well enough and for Christmas dinner they eat very well indeed. A hearty roast is brought out for carving and the wine flows freely.

Afterwards they sit back in their chairs, picking over dried fruit and nuts while the port and brandy circulate the table. There is a rather informal, celebratory air to the meal, with a great deal of laughter and exchanging of jests. Merlin allows himself to enjoy the atmosphere, sitting in a state of well-fed contentment with his thigh pressed warmly against Grant’s under the table.

Author’s Notes: For TheDove, who requested a Major Merlin fic on the JSAMN Christmas wish list, and who wanted Merlin doing magic just for Grant.

Colquhoun Grant paced the floor of the small room, twisting his gloves in his hands and once and awhile slapping them against his thigh. Another roar of laughter came through the floorboards from the common room below and Grant ground his teeth in irritation. He was out of patience and it was beginning to fray his admirably resilient nerves. They had planned this rendezvous days ago and he had had all that intervening time to anticipate it —to create, in his mind, a banquet of pleasures, sweet and scandalous, from which he might sample like a seasoned connoisseur — until he had worked himself up into a suspense that was both physically and emotionally painful. Now almost two hours had passed since the arranged time for their assignation and Grant’s excitement was beginning to transform into bitterness.

Author’s Notes: Written for the OP of this prompt, with wishes for a very Happy Christmas! 🙂

The enlisted men who accompanied Major Colquhoun Grant on the expedition to San Giacomo to recover Lord Wellington’s stolen artillery found the intelligence officer oddly absent-minded over the course of those two days. Usually gregarious, an interested listener, Grant seemed not to hear the conversations of the men around him, and several times when asked a direct question he had to rouse himself with some effort and ask for the question to be repeated.

Prompt: We have had a few stories involving these two where it is taken for granted (pun intended) that they have been at it for years and are up for anything and some that have taken us back in time to see how it started when they were younger but I would love to read a fic where they have managed to get as far as the Peninsula without shagging each other’s brains out and are only beginning to realise what they want.

Who makes the first move? What is the reaction? Do they try to stop themselves or just give in to the lust? Has either or both been with a man before or is it the first time for one of them?

A bit of body worship thrown in there would be lovely

Author’s Notes: This is set two days after the events of Fully Alive. But reading it first isn’t strictly necessary.

Cartography aesthetic by solitaryjo at The First Respectable Spy

“My Lord,” Grant clears his throat, “my Lord, there is something I believe you should see.”

Wellington looks up from his report. He does not look amused. “Major Grant, I believe I told you to find me my magician.”

“Major Grant, what is the matter? Where is Merlin?”

Grant makes no reply, only unfolds his arms from behind his back and deposits something on the Duke’s desk. It is a small, furry something.

“Major Grant. What is this?” Wellington gestures at the creature with his pen.

Summary: Merlin has a small problem with one of his spells.  Part of the author’s The Twelve Days of (JSAMN fanfic) Christmas.

Author’s Notes: A Christmas gift for etave, who requested anything with Jonathan Stoat.  With apologies to solitaryjo and nothinghamshire, who wrote the original and excellent Major Fox and Colonel De Squirrel AUs. I cannot hope to match them, and if it wasn’t a Christmas present, I wouldn’t have dared to try!

See also The Curious Incident of the Fox in the Wartime by solitaryjo, A Tale of Two Redcoats by nothinghamshire, and The Thrill of the Chase, also by solitaryjo.

Merlin gave an exclamation of annoyance.

“Ah?” said Colquhoun Grant, with little attention on the Army’s magician. After all, the wound to his hands was not serious, and he was the only man here who could compensate with magic.

Although the wound to his hands was caused by magic in the first place, there was that. Enemy weaponry would be less likely to target such a small area as the skin on the fingers on both a man’s hands. Indeed, Merlin’s spell itself had done that, aimed at the French soldiers with the most precise and accurate manual skills, to make the French more blundering and inept. It was just bad luck, and bad judgement, that he had left his prototype armed when he ran to answer another of Lord Wellington’s urgent missives, then run slap-bang into it on the way back.

Title: On the Use of Magic in Feeding the Injured

Characters: Prompt: I’d LOVE to read about a character being fed. It could be something delicious as a treat, something nutritional if they’re poorly, even something necessary because they can’t feed themselves (injured Grant after Waterloo?) I just want one character sitting and spooning food into another’s mouth. It could be angsty, sexy, cracky, I don’t care, I just have a mighty need for this, it’s my mega-kink.

There’s been food-related fills before (and I’ve devoured them greedily) but I’d really like something where the feeding element is the focus.

Author’s Notes: Grant & Strange, gen but with possibly-unrequited Grant/Strange if you squint.

De Lancey pushed back his chair and stood to attention, awaiting his lordship’s orders. The Quartermaster’s (long) list of provisions required and his (unhappily still much shorter) list of provisions secured lay on the table in front of him. Lord Wellington had been out of humour all morning, and De Lancey knew he could not hope to escape a reprimand, though he was doing his utmost in difficult circumstances: the only question was how bad it would be.

Title: A Lesson in Patience

Prompt: Inspired by numerous recent conversations on tumblr, how about a fic featuring a really randy De Lancey being taught a lesson in patience by Lord Wellington? I’m envisioning De Lancey being called to Wellington’s quarters where Wellington orders him to strip, then leaves him standing there at attention, naked and aching, while Wellington finishes writing some dispatches. Perhaps Wellington might make the situation even worse by throwing out the occasional suggestive (or downright filthy) comment, further reducing De Lancey to a quivering mass of need?

Notes: This is the second fill for (a version of) this prompt.  Here’s the first fill, My Way.