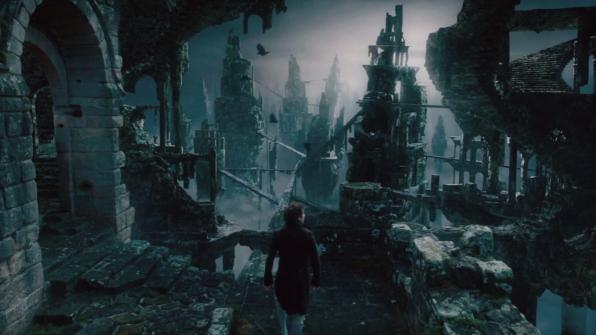 “I do not know how it will end with you and Norrell, but tell you what I’ll do. You fail and Norrell wins, I shall leave his service. I’ll take up your cause and then there will still be two magicians in England. Two opinions upon magic.”

In the year previous, the ancient and infamous institution of Bethlem Royal Hospital had relocated from rather grand but, unfortunately, sinking premises in Moorfields to a smart and well appointed new building south of the Thames. This move was largely as an attempt to escape the ongoing physical decay of the hospital, its cracking walls and its slow disappearance into its own foundations.

Title: All the mirrors of all the worlds (WIP)

Summary: “It is quite fascinating, you know, when one takes the time to think about it. Did you ever wonder what direction your life would ever take if you were to chuse differently, or if fate intervened? Did you ever wonder what life you could have lived, if this chance encounter had not occurred, or if you made a decision to go to this party, rather than that ball? But perhaps these are bad examples…”

Chapter 2: “Why not come and be contrary with me?”

Chapter 3: Revelations of Thirty-Six Other Worlds

Chapter 4: A species of revolution